Who Was William Bonin? 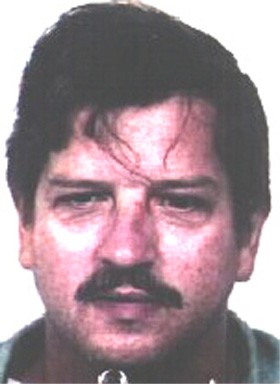 Okay, all serial killers are nasty people. But this guy didn't just kill impulsively his own family or someone who looked at him cross-eyed in the bar. He hunted down, kidnapped and sexually assaulted his victims them before killing them. He recruited other men to help him. Bonin told a reporter that every time he killed someone it got easier to kill the next person. Many of his victims were children. He was truly awful.

William Bonin,1947-1996, was active in Southern California; his crimes were infamous in 1979-1980. He started molesting boys when he was still in his teens, he was first tried for rape in 1969, he started murdering in about 1979. He dumped the bodies on public roads and earned the nickname "Freeway Killer". It's believed he killed between 25 and 45 young men, in addition to many sexual assaults.

Bonin was arrested in mid 1980, and was finally executed by lethal injection in 1996.

The only mitigating thing to say about Bonin's crimes is that he was severely abused himself as a child, by at least one relative and by older teenage boys.

Sehar Suleman answered
William George Bonin was born on the 8th of January in the year 1947 in Connecticut in the United States of America. He was basically a serial killer who is also known as the Freeway Killer. He had a very disturbed childhood as his father was a compulsive gambler and an alcoholic. His mother used to often leave him and his brother with their grandfather who was basically a child molester. Bonin was sent to juvenile detention where he was molested by older boys and in his teens he started molesting young children. After completing high school he joined the United States Air Force and served in the Vietnam War and received a medal for good conduct. After his discharge he moved to California.

Bonin's first victim was Thomas Lundgren (14 years old) who was kidnapped, assaulted and then killed on the 28th of May in the year 1979. He started his killing spree by picking up either male prostitutes or by picking up hitchhikers and assaulting them sexually and then murdering them. By the end of the year 1979 he had killed seven more teenage boys. He sometimes used to kill alone while at times he had an accomplice. Bonin was under the suspicion of the police for his previous crimes and on the 11th of June in the year 1980 he was caught while raping a 15 year old boy. While in custody he confessed to all his crimes and was put to death on the 23rd of February in the year 1996 through the lethal injection.