How Many Things On Tomorrow's World Actually Got Made?


Yet on that first ever broadcast the show, which was to popularise science through a combination of fascinating first sights of new technologies and disastrous live transmissions, declared the future would be run by robots, computers and lasers. Oh yeah, it later said that we would all be eating worms.

Still there were more than a shedload of inventions that premiered on TW which are still with us today here in this near perfect vision of what everyone once called earth. Here are some of them (in alphabetical order!):

Beep beep beep. Black and white lines would revolutionise shopping, host Maggie Philbin stated to a hypnotised and slightly nauseous public. Then came Tesco, shopping on Sundays and the end of the church.

In the past people got drunk and drove home. Then they woke up wondering why their car was in the living room. Former Spitfire flying presenter Raymond Baxter ended this when he demonstrated how crystals changed colour depending on how much alcohol was breathed on them. The breathalyser was born. The drunk driver was arrested. In 1978 TW visited a cowboy college in Dallas. Amongst a crowd of spotty cowboys in Velvet Underground and Ramones tshirts longest-serving presenter Judith Hann tried out a new apparatus built to test the rodeo skills of the very best bull tamer. The horned robot could be set at different speeds and was later seen at frat parties all across the West.

The 80s were Camcorder crazy. In 1981 TW was explaining how two machines (the camera and the video recorder) had become one. Progress was fast leading to everyone buying the wrong machines and staring at piles of Betamax tapes instead of the television. It was a good time. Invisible banking, cashless societies and the ATM (automated teller machine or cash machine) were ideas all first aired on TW. There was even a demonstration of ‘chip and pin’ transactions, in the 60s!

In only TW’s third programme Raymond Baxter did an Orwell. ‘Robot television cameras’ would be placed in strategic positions to deter robberies, he said while worrying that privacy would be infringed. They were and it was. Still he never wrote a book about it. TW might not have predicted the internet, but it did tell viewers all about Ceefax which had been developed by the BBC. The same station that produced TW. Other predictions on that show included some music, darkness and probably sleep. Amongst other things Ceefax did give insomniacs two repeating news stories to read once the national anthem had finished.

One of the more recent inventions featured on TW was the clockwork radio. Inventor Trevor Baylis explained how, with a little bit of arm power, music and news could be available to anyone day and night. After his spot on the show the clockwork radio was singing all over Africa. Music would never sound the same again. Plus it would be indestructible. To prove this in 1981 presenter Kieran Prendiville (later creator of Ballykissangel!) smeared a Bee Gees disc with strawberry jam. It still played.

It never worked. How could it work, it wasn't even in the studio. There was no digital camera. But way before anyone had linked photographs with computers TW was talking about it. It would happen. Even if no-one was quite sure how. 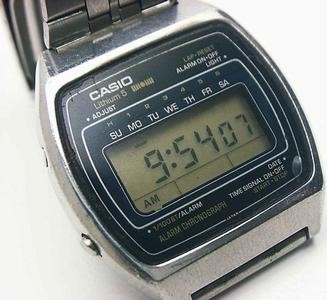 In 1970 Swiss chemical firm Hoffman La Roche patented liquid crystal display (LCD).In 1972 Judith Hann said the future was digital. She was talking about clocks and watches. She was right. Then TV went digital. It was something different but Judith had predicted it. Kind of.

There might be some people who don’t even know what a fax is anymore. A fax is like a scanner with email. Or a photocopier attached to a computer. It was important for about two and a half years. They made futuristic whirring and beeping sounds a bit like a washing machine having sex with a microwave. No-one quite knew what faxes were. The commercial fax was first shown on TW. People got excited. Then they forgot about it. Fibre-optics are now so widely used that no-one has a clue what they are. It’s the same as electricity. So when communicating with fine strands of light-carrying glass instead of copper was discussed as a real idea of the future on an early edition of TW viewers chuckled.

All old technology is massive. It’s one of the rules. GPS navigation was performed on TW but it came in a massive computer in the boot of a four door saloon. The A-Z was safe in the glove-box for another twenty years. On the very first show, TW featured two Essex schoolboys learning to use a computer in their school. A couple of years later the programme investigated Europe’s first home computer terminal. The machine, which included an electric typewriter, a diary and a calculator, could send and receive messages and check bank balances. Raymond Baxter predicted every home would have one. He didn’t say when.

TW thought amphibious vehicles were the future. And they were. Passenger hovercrafts later shuttled customers across the English Channel. Still Raymond Baxter was disappointed that the full potential of the great machine was never fully utilised over land. People would later be transported by high-speed train to Paris through a 'Channel Tunnel'. TW had said this would happen twenty years earlier. 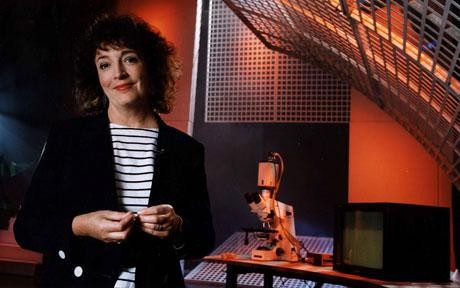 Judith Hann was a real scientist which meant the bits no-one else watched really interested her. Becoming a champion for IVF Judith helped many would-be parents get the advice and information they so desperately sought. Later shows would talk about too many people living on the planet.

German synth combo Kraftwerk were always from the future. They still are. Back in 1975 they were live on TW making robot sounds. 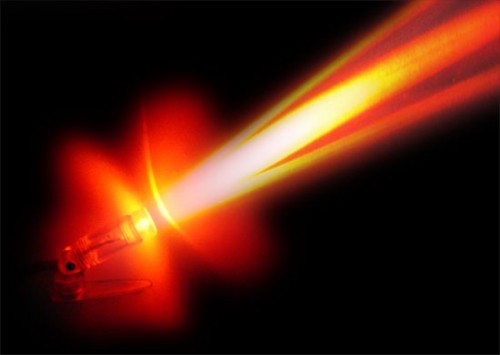 TW was never squeamish when it came to its predictions. From the very first show there were predictions about advances in medicine. It became a core part of the show’s success covering pioneering laser surgery on the brain of a woman with Parkinson’s, live laser eye surgery and controversial heart surgery. Quite a lot of people died in the heart one.

The mobile phone’s first ever television appearance was filmed live on TW in 1977. The phone rang. The presenter answered it. It was a wrong number.

The Mouse With The Human Ear 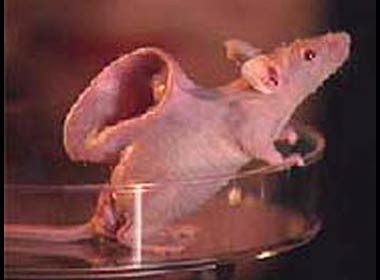 Just as people were tucking into their futuristic Micro Chips, Dr Charles Vacanti and his team at the University of Massachusetts popped up on the show with a new human ear; it was grafted on to the back of a mouse. Eek! Grown from human cartilage cells, the achievement became a major scoop for TW and was broadcast all over the world. The mouse was a star.

In 1980 music went mobile. Viewers looked at their record players and tutted. This new walking around with a cassette player and a pair of headphones with pink hair and funny coloured socks would never catch on. But it did. It was just the music that was crap.

Back when there were phone boxes that weren’t just for tramps a common problem was loose change. These were the days of one pound notes and half penny coins. So TW featured a neat looking plastic card that could be used in special phone booths. It could also cut vandalism since there would be less cash in phone boxes to be nicked. Tramps everywhere looked confused, mainly as a result of being tramps. One of the stars of TW was inventor Sir Clive Sinclair. Back in the 80s he invented the Sinclair C5, a battery operated electric car bike type thing. It was stupid. But in the 70s he’d already come up with the pocket calculator. He introduced it on TW and soon everyone had one. No-one kept it in their pockets.

Video games weren’t so good in the beginning. Two sticks, a ball and one shared space beep. But Raymond Baxter enjoyed playing it on the show with his American wife Sylvia. Later he would demonstrate a new bulletproof vest with a gun and an assistant. Sylvia was unavailable. TW wasn't all science. Or else no-one would have watched it. In between the microscopes and radiation were women’s legs and the age old question: How do you keep a stocking in place without a suspender? Fat legs and lard were two wrong answers.

In the 1970s TW investigated the subject of Extra Sensory Perception (ESP) and inadvertently thrust spoon-bender and future best friend of Michael Jackson Uri Geller into the public consciousness. Geller would later demonstrate the power of the mind by becoming quite famous. He went on to bend keys.

Some of the things that didn't quite work out:

Stephen Ohanenye answered
Present is now, Tomorrow is the Future. Who knows Tomorrow or have been in her world? Things on Tomorrow world makes itself by living people, but the number of things made are unpredictable!