Who Has Received The Most Oscars In History?

Will Martin answered
The individual who received the most Oscars was Walt Disney, who received a total of 20 in different categories during his lifetime, and four more after his death. 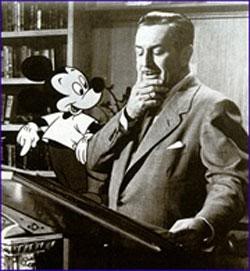 There are three films which have won 11 Oscars each - Ben Hur in 1952, Titanic in 1997 and the final Lord of the Rings film, the Return of the King (2003.) The record for the largest number of Oscars for Best Director is held by John Ford.

As for individual performers, even after her death Katherine Hepburn still holds the record with four wins, as well as a huge number of nominations. Only a few other actors have managed as many as three - these are Walter Brennan, Jack Lemmon and Ingrid Bergman.

The youngest ever winner was Shirley Temple at the age of 5, while the oldest were Geroge Burns and Jessica Tandy who were both 80 (though not in the same film.) However, both Myrna  Loy and Groucho Marx were awarded honorary Oscars at the age of 83.

Anonymous answered
The recipients of the most personal Oscar wins in history can be broken down into categories. Director John Ford and actress Katharine Hepburn have the most wins, having both won four. Ford received his for directing The Informer (1935), The Grapes of Wrath (1940), How Green Was My Valley (1941) and The Quiet Man (1952). Hepburn achieved success with Morning Glory (1932-33), Guess Who's Coming to Dinner (1967), The Lion in Winter (1968) and On Golden Pond (1981). Other notable Oscar successes include directors William Wyler and Frank Capra, who both won three Oscars, while in acting, Meryl Streep, Luise Rainer and Bette Davis have all won two Best Actress Oscars. In the Best Actor category, Spencer Tracy, Jack Nicholson, Marlon Brando, Dustin Hoffman, Tom Hanks, Fredric Marsh and Gary Cooper have all won two. The highest recipients of Best Supporting Actress Oscars are Shelley Winters and Dianne Wiest with two, while Walter Brennan won three for Best Supporting Actor.

Alan answered
Walt Disney has won more Oscars than anyone else. He was nominated for 64, and won 26!
The actor or actress with the most Oscars is Katharine Hepburn, who starred in old-time classics like The Rainmaker and The African Queen. She won four best actress Oscars